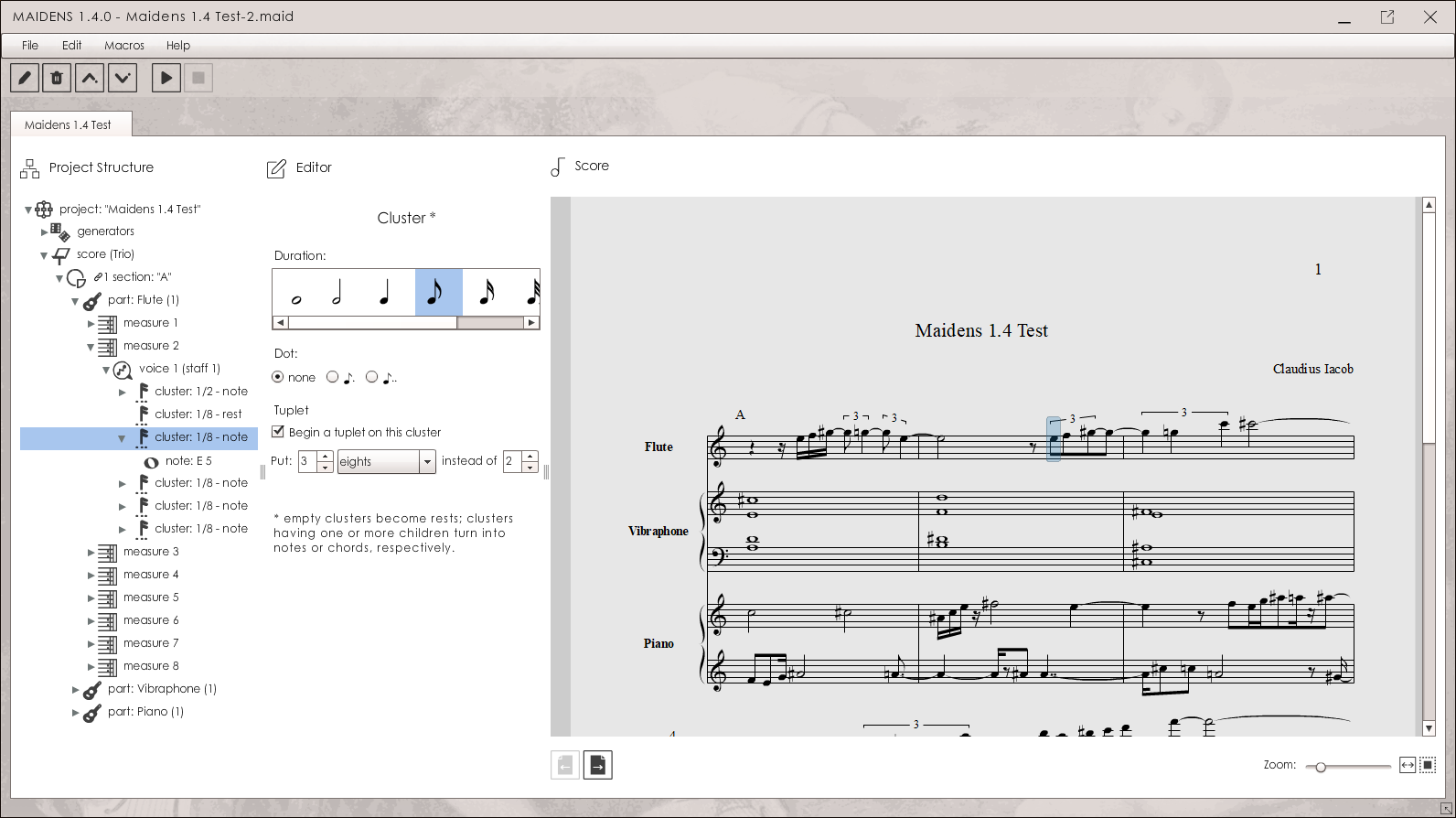 MAIDENS is a piece of software built by Claudius Iacob, a musician and a programmer, as a by-product of his PhD thesis on algorithmic aspects in musical composition. Its primary aim is to enable an educated art music composer to generate — based on algorithms — partial musical structures, which can be intertwined in a composition. This qualifies MAIDENS as a CAAC, or Computer Aided Algorithmic Composition program.

The MAIDENS application attempts to combine these three distinct classes of functionality:

Apart from this core set, the application also provides some workflow-related features one would expect from a music editing program:

The envisioned use of the software would entail creating art music by mixing (human) composition with computer music generation and/or processing in a streamlined way. It is the author’s belief that such a music making approach can lead to new realms of artistic expression, while improving the overall speed and quality of the process.