Windows-only preview of the 1.5 version, giving you a chance to experience the new Multiline Generator — also named Harmony Generator internally —, literally the most advanced and well written piece of code this project has ever seen so far.

The new Generator was built from ground up and uses an entirely new architecture, which is more robust, scalable and maintainable, and which centers around the idea that any piece of well written music constitutes the congruence of a number of parametric forces that acted gracefully upon the primary material that is musical sound. Therefore, the Multiline Generator operates a number of Music Traits (such as rhythm, melody, harmony, etc.), each of them running severals intrinsic or contextual Analyzers. These evaluate and select from thousands of raw musical structures, which, in turn are provided by one or more Musical Sources — essentially, stochastic devices. User-controlled Parameters act both upon the Analyzers and the Sources, in order to make sure that only the most fit of the structures make it to the resulting music. This is an open architecture: the more Parameters and Analyzers are added to the system, the better the assessment process will be, and the more qualitative the resulting music.

Besides the new architecture, the new Generator introduces the concept of dynamic parameters (they change their value in time, making, e.g., a consonant passage “morph” into a dissonant one) and provides an advanced UI to control them, by means of an Envelope Editor.

On top of that comes preset management: you can save a particular configuration that proved to yield viable musical results in order to reuse or amend it afterwards. The new architecture also enables progress reporting, so that the generation process does not block MAIDENS anymore (as legacy Generators did). Instead, you get a progress bar letting you know how much work is left for the Generator to do — and you can abort the process at any time.

The Multiline Generator can be used to generate isolated lines, polyphonies, isomorphic (homophonic) chorals, and anything in between. It is seen completely replacing the legacy Generators in the near future.

Other worth mentioning changes in this version include replacing the score rendering engine (for better or for worse, but this is a long-term project), and introducing a templating system (accessible via File → New from Template…). 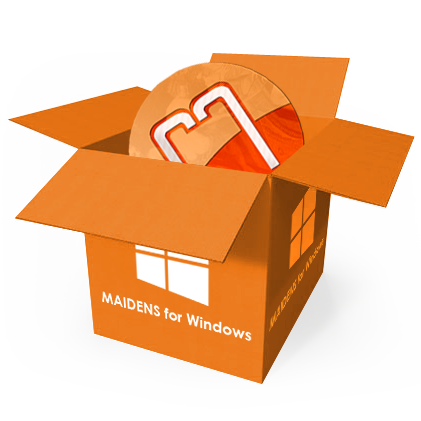